On Monday 18th February, the seanhanna team threw us back to the 80s in a Retro Future themed awards show. Held at the cool, urban venue Hangar in London Fields, this year’s seanhanna awards presented a show stopping performance from Directors Skyler Hanna, Yesmin O’Brien, Lucie Monbillard, Lloyd Court and Senior Educator Rachel Valentine, whilst also celebrating the team’s achievements for the year.

Sean Hanna himself spoke inspiringly about the group which he founded 37 years ago and now comprises eight salons based in London, Cambridge and Bristol. He outlined the challenges of the current environment but, passionate about his team and clients, he described how the seanhanna salons would address these: by high levels of service and technical ability, personalised training goals and signature cuts and colours.

The seanhanna creative team presented a futuristic inspired 80s hair show featuring a mixture of wool-infused braids and creative hair stencilling. This innovative show used different textures and colours, creating intricate detail into the braids and the Tetris shapes sprayed onto the wigs.

Award winning Colour Specialist and Creative Director, Skyler Hanna said “the 80s was all about big volume and texture. I wanted to bring a new age of hair into the show and used geometric shapes to create iconic haircuts. This was especially significant to us as we move into our Signature Cuts quarter.”

HJ Avant Garde Hairdresser of the Year and Artistic Director, Lucie Monbillard added “for sections of the show, we looked at different social media platforms to see what our guests were really looking for. We noticed it was all about braids and colourful Balayage. Skyler and I wanted to create a look that was driven by the people as supposed to big brands or designers. By adding in wool material, it gave us a playful twist to the braids. It’s fashionable and completes the look that shows beautiful hair”.

The seanhanna awards recognises the salons for their hard work and the team’s achievement throughout the year. Top winners on the night included upcoming stylist Ilker Nalkiran from Canary Wharf, who scooped 3 awards: Creative Image Colour, Mens and Style. Kirsty Jones from Worcester Park won Creative Image Colour along with seanhanna Wimbledon taking home the Salon of the Year award. 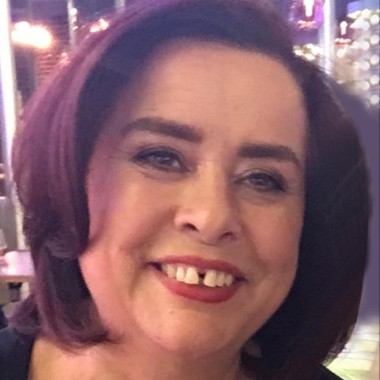